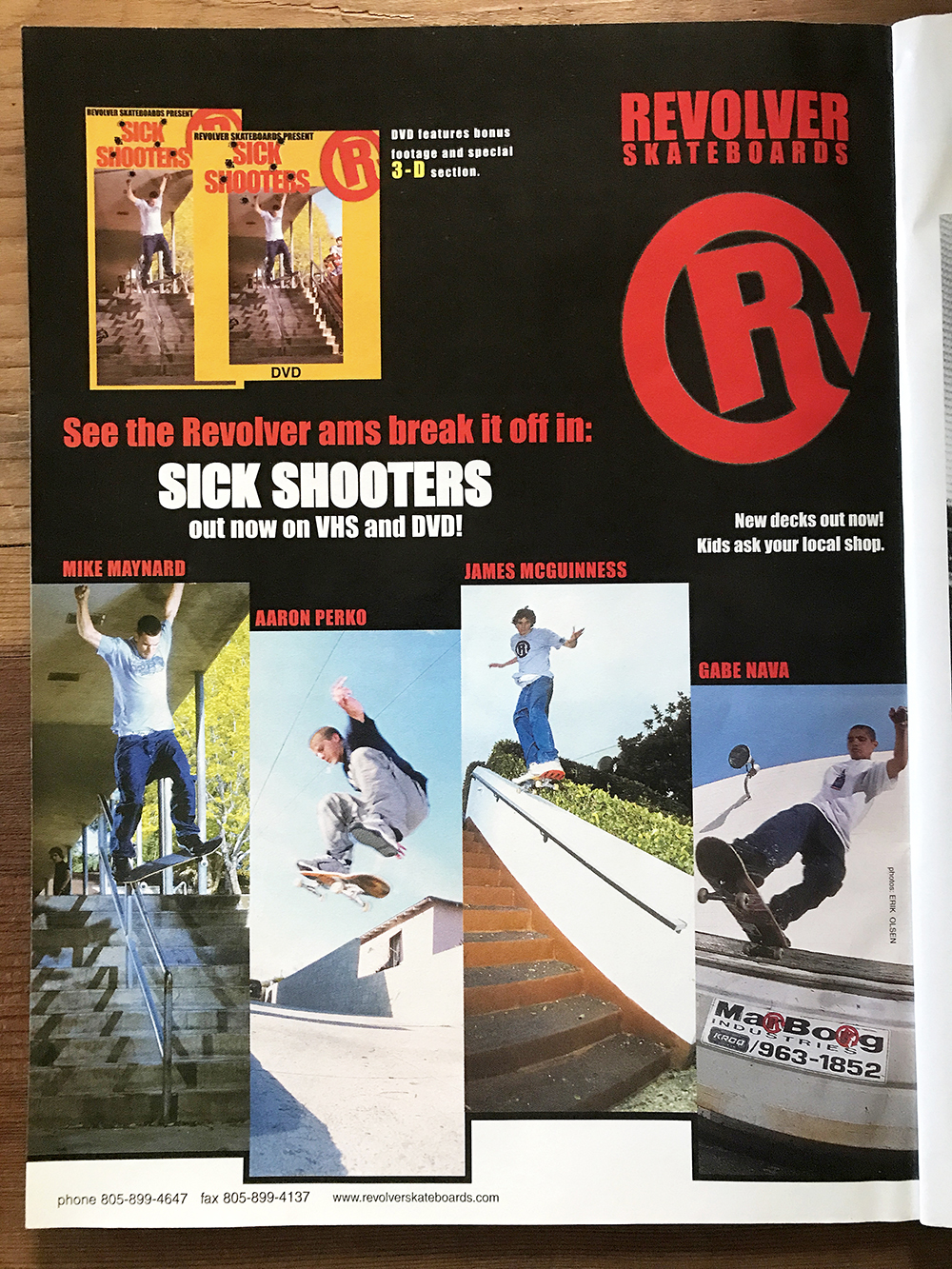 Revolver “Sick Shooters” Ad, Big Brother Magazine, 2002. When I first moved to SB and was hungry to shoot skate photos, the Revolver dudes quickly took me under their wing. They were hyped that they had access to me and I was down to shoot whenever, so it worked out. All the dudes were super G’d out – baggy clothes, chain necklaces, lots of rap music, hella weed. But they were motivated and ripped and fun to hang out with. I helped out Ted and J-Rock with team photos, graphic design, and even board graphics. And they would hook me up with hella trees. I was hyped on it. They made a video with the ams ripping, and I shot all the photos for the ad. The video came out on VHS and DVD, hella old! The original photos not cropped were better, but you can see what’s going on except for the Perko. Mike Maynard blunt sliding the Filmore rail, Aaron Perko F/S that street gap in SB (Bath St. maybe?), James McGuiness B/s 5-0 the Montecito Hubba, and Gabe Nava back tail the Goleta dumpster.  – Words and Photos by Erik Olsen