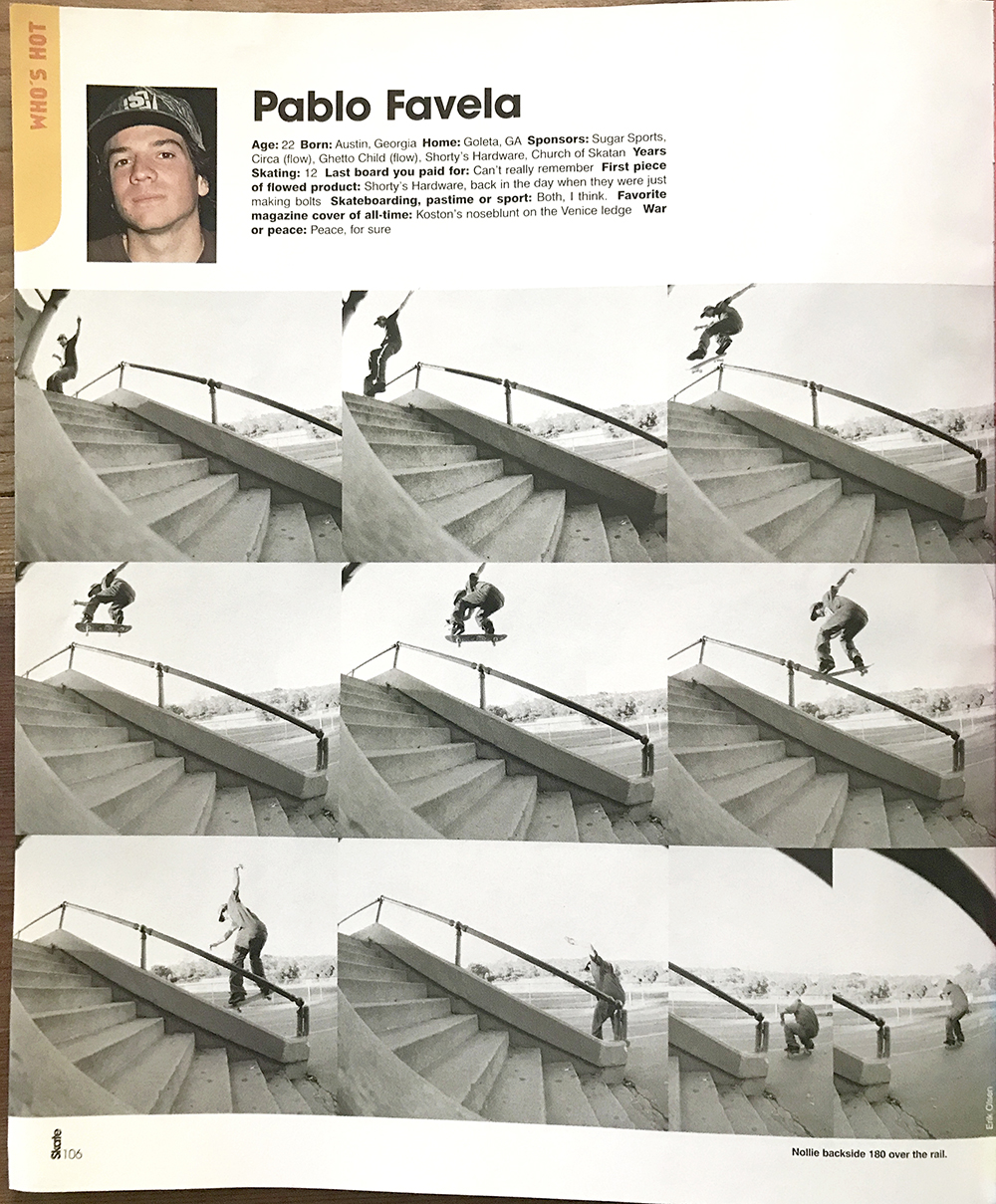 Pablo Favela, Nollie backside 180 over the SB High rail, Skateboarder Magazine, 2003. Pablo is a mellow dude who alway had a smile on his face. He told me one day he wanted to do this and when we went to shoot it, he wasn’t really coming close. About a week later he was practiced them one day at the skate park, and was ready to go back. We went back that day, and he did this 2nd try. So gnarly! Going blindside over a big rail like that. No one does this trick over rails like this! I sent it to Skateboarder since Pablo was on the come up, and I was hyped they used it for a who’s hot. – Words and Photos by Erik Olsen
(Visited 332 times, 1 visits today)