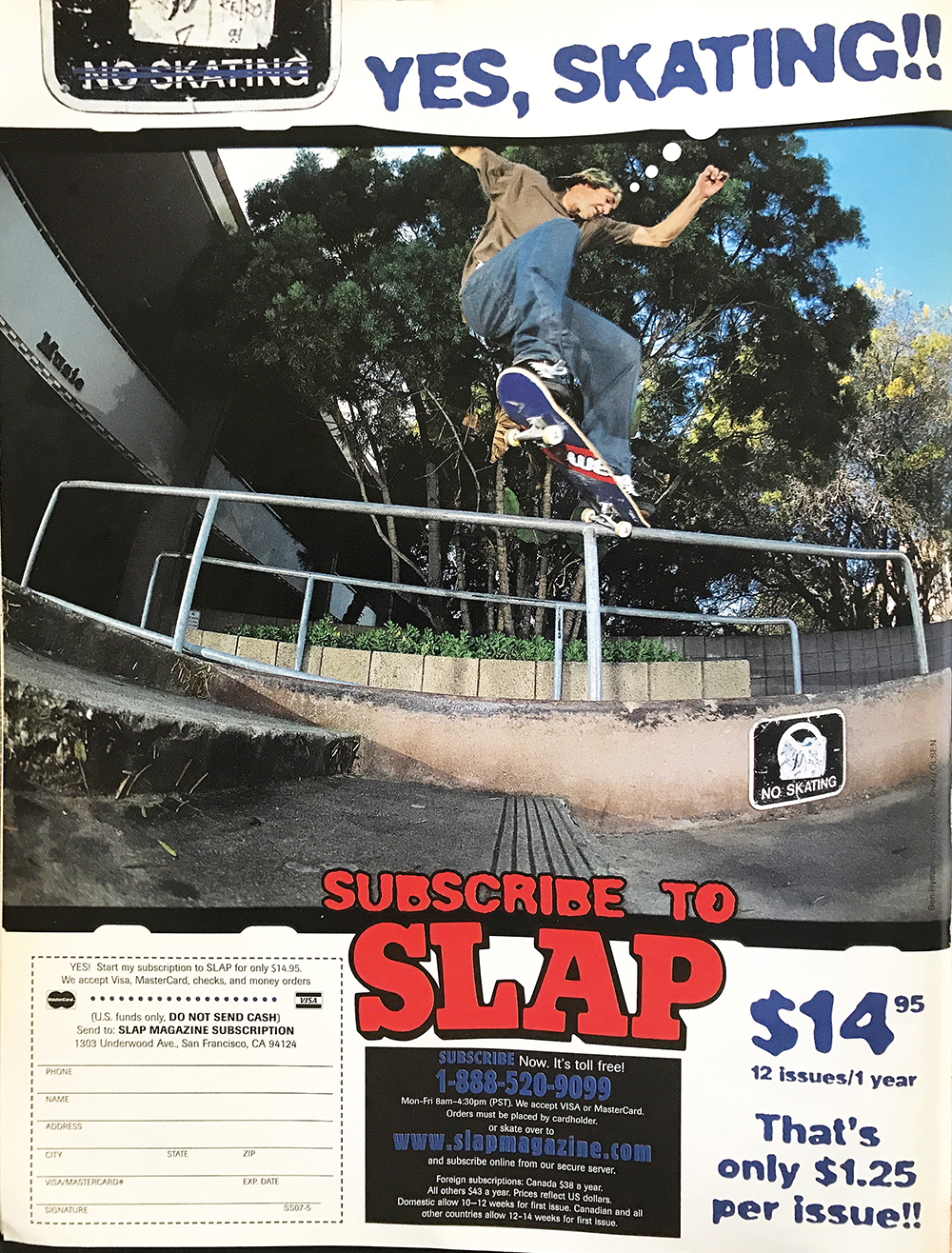 Ben Hyman, switch crooks, UCSB, SLAP Magazine July 2005. Ben became my first friend when I moved to Santa Barbara in 1999. He came up and introduced himself to me at a skate spot because he recognized me from the Visalia YMCA Skate Camp where I worked in the summers and he was a camper. He was going to UCSB and we began to kick it all the time and just skate and take bong rips and have a good old time. He was super fun and always hungry to skate and take photos. So many awesome memories hanging out, going to his house on my lunch hour from Powell, and getting high as shit pretty much against my will. Ooooowwwweeee! We don’t keep in touch as much these days, but it’s good to see he’s killing it in SB, being a family man and living his dream of having his own boat and fishing business. Ben had asked me for a while to come shoot this photo, but I didn’t really think he could do it so I kinda blew it off. Frankie Hill and some others have skated this rail doing board slides and grinds back in the day, but a switch crooks is pretty sick. Eventually we shot it, and it came out pretty cool, except for I cut off his entire arm. Love you Ben! – Words and Photo Erik Olson