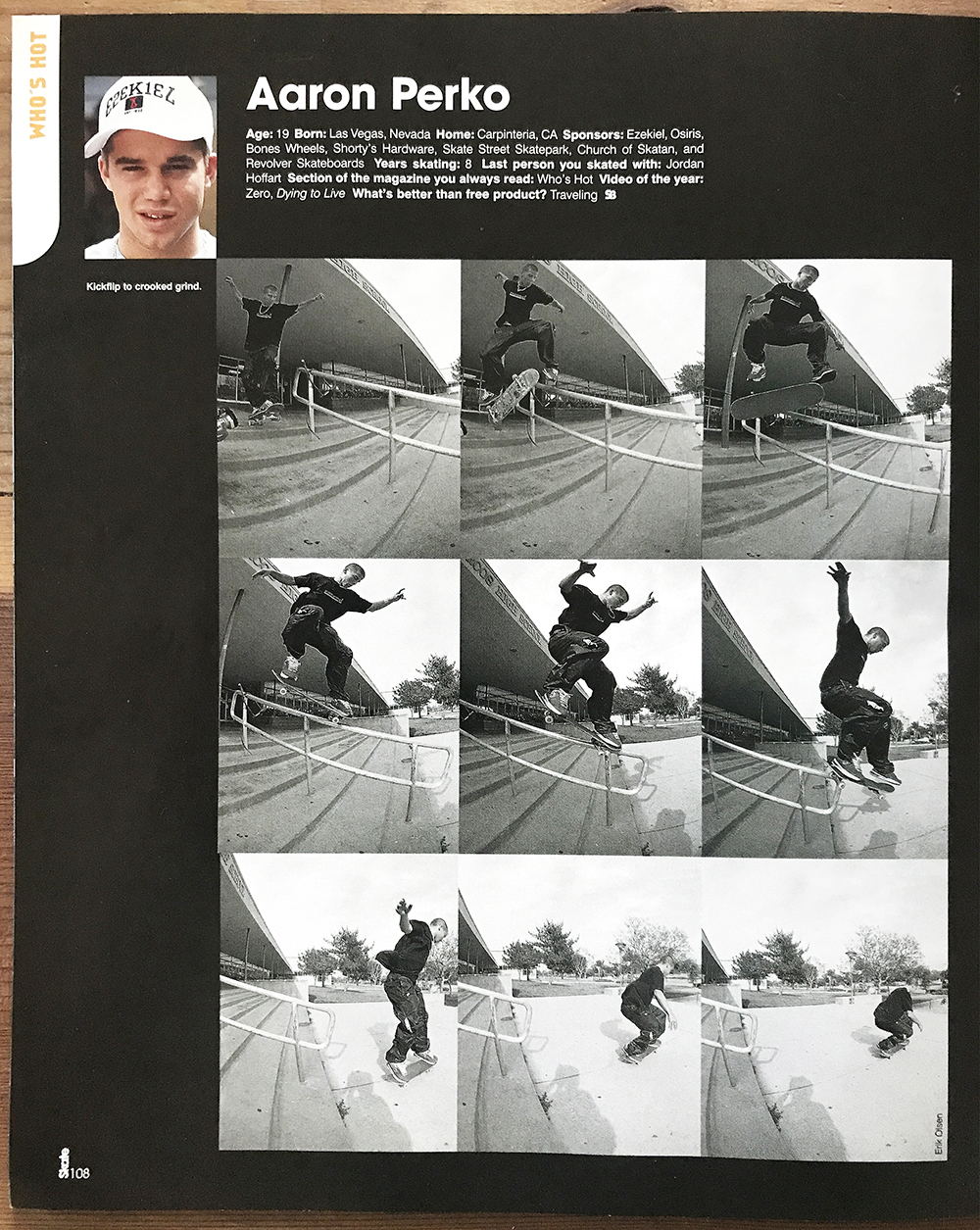 Aaron Perko, kickflip crooks, San Marcos High, Skateboarder Mag, Feb 2003. I met Aaron skating around and then through his local board sponsor, Revolver, I began to skate with those dudes a lot as they were hungry to shoot photos. They said they prefered to shoot with me because Broach’s photos didn’t usually turn out. Haha! Now Broach has it all figured out I think. Revolver owners Jeremy and Ted did a lot for the local rippers. They put out 2 pretty decent videos and just had a big love for skating and Santa Barbara. The day we shot this Aaron did like 5 of these in a row. He thought he was getting on the rail kinda low, so he kept trying to do it better. On each one he did, Sammy Baptista, standing just behind me, was yelling “That’s legit, yo! That counts!” I think this was the 5th one he did. There wasn’t many people doing kick flip crooks on rails at that time. Not too long after this, the rails got changed and this spot was done. Thanks to Skateboarder for running this. I like the portrait how his hat is crooked. Classic Perko. – Words and photos Erik Olsen